You can count on Ace-Robbins!

Your neighbors know that Ace-Robbins is northeastern Pennsylvania’s leader for reliable, safe propane delivery and prompt, courteous service. You can also turn to us for expert installation and service of your home’s propane appliances.

Luzerne County was the site of the brutal Battle of Wyoming during the Revolutionary War in 1778, in which 300 settlers in the area were killed by British troops.

In the 19th century, the region became a major part of the anthracite coal industry. Labor issues in 1897 led to the Lattimer Massacre, in which 19 striking mine workers were killed by a sheriff’s posse. That tragedy was a turning point for the labor movement in the mining industry. 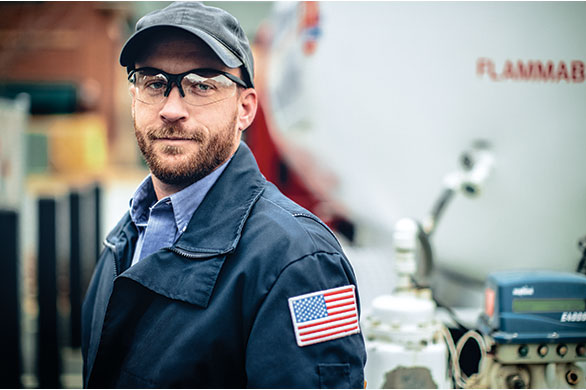 Since 1949, Ace-Robbins has been providing northeastern Pennsylvania with reliable, courteous fuel delivery and equipment services. We delivery clean-burning propane to homes and businesses, and our trained and experienced service technicians install and take care of your home’s heating, cooling, and comfort equipment. We are responsive to our customers’ needs, providing 24/7 no-heat emergency service, fair and transparent pricing, and high-quality products.